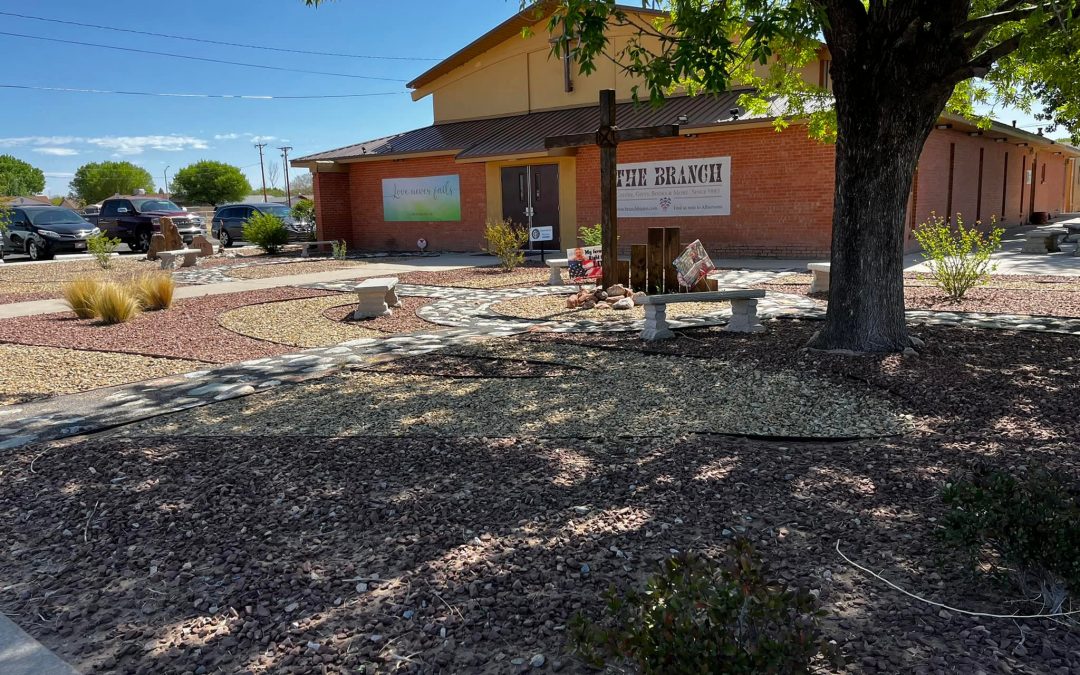 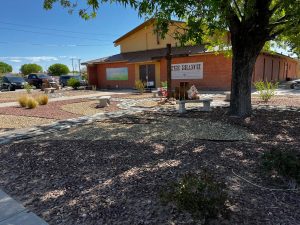 In 1937, eighty-five years ago, First Baptist Los Lunas began as a Sunday school class. In a few short months, the decision was made to organize into a church of five members with Reverend Paul Elmore as the pastor. In their first winter, the congregation of 25 met in one of the members’ yard using pieces of lumber as pews. The first church building was built on donations of labor and resources from members of the church and community. The result was a small building with dirt floors, donated chairs, a piano on loan, a pulpit made from donated lumber, burlap bags as curtains and baptisms took place in the nearby drainage ditch. 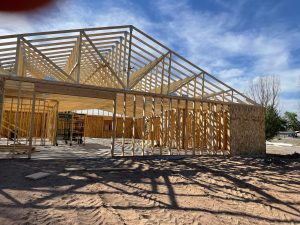 In July of 1940, Reverend Woolery became the full-time pastor, and the church began purchasing music books for $10.00. When breaks-ins became a problem, deacons would take turns sleeping at the church. But in February 1946, the church almost disbanded. That’s when the congregation asked guest preacher Reverend Kenneth Chafin to minister full-time. He was a bit unconventional, but under his leadership, the church membership grew, averaging 50-60 people on Sundays. The growth allowed the congregation to add a clothesline inside the building, which along with burlap sacs, was used to section off classrooms.

In 1948, a building was added to accommodate Sunday school classes, and in 1955, the congregation purchased two lots to help the church grow. J. Court Shepherd became pastor of First Los Lunas in 1958. The church held a Mission Vacation Bible School for Spanish speaking children, and Rev. Shepherd could be seen driving them to school in his Volkswagen. This soon turned into a Spanish Sunday School that met on Friday nights. 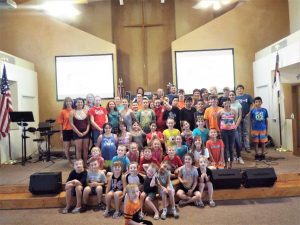 In 1959, the church purchased property with a house on it that served as the first parsonage, with more land to expand the church, and a year later, they built the first sanctuary and dedicated it. And the needs of the growing congregation required more deacons to meet its needs.

An offer to buy the church property on Coronado Street came in 1961 from a Catholic church, and First Baptist Los Lunas relocated to Los Lentes Road. Services began after completing a church and parsonage in 1962, and a few months later they started a mission in Los Chaves in a former feed store. In 1974, the church added a fellowship hall, pantry, and small storage room while expanding the existing kitchen. 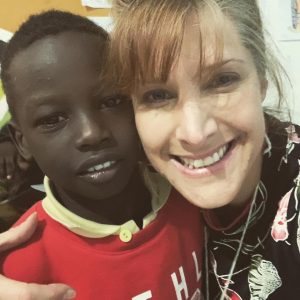 Our pastor’s wife/ministry assistant Cynthia on a mission trip in Egypt.

By 1978 the church boasted 288 members. The pastor at the time added children’s sermons to services as well as the church’s first youth and music director. The year of 1985 brought a new mission in Meadow Lake, and Reverend Jimmy Duncan donated a small church building and an acre of land. The State Mission Board gave funds to purchase and renovate five additional acres. In 1988, the first ministry for women, called Spring Day, began. 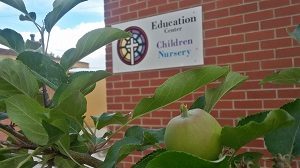 1993 saw the construction of an education building, as the church was bursting at the seams, after which the congregation held a note burning ceremony to dedicate the building to be used for the Lord’s work. Over the next several years, the church also created a Vacation Bible School and a “Church in the Park” outreach ministry for inmates of the prison. 1998 saw the purchase of a nine-and-a-half acre property south of the church.

2004 was an exciting year for the church. They began new ministries, small groups, and the church saw a great deal of spiritual growth in what they called the “40 Days of Purpose.” First Los Lunas began participation in the Samaritan Purse shoe box ministry in 2009, and 2010 saw the creation of Trunk or Treat and participation in the Baptist Student Union lunch program at UNM, as well as the Lottie Moon missionary offering around Christmas time. The food pantry began in 2011, as did the first church-wide Easter Egg hunt. And during the church’s 75th anniversary, we received a van, which was donated by a church in Texas. 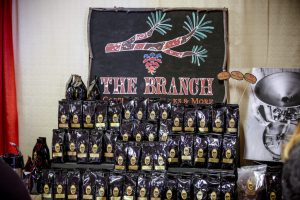 First Baptist Los Lunas has accomplished much in the 85 years it has been in existence. Today we’ve expanded to include a coffee shop and music store, home school coop, a large worship band and music lessons, women’s and men’s Bible study, AWANA, mission trips, youth group, VBS, children’s choir, addiction recovery, and much much more! Through outreach, perseverance, faith, and family, God has made our church a source of light in Valencia County, and we hope to do so for the next 85 years. 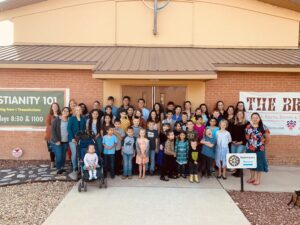