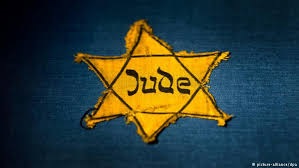 On Yom HaShoah or Holocaust Remembrance Day, at 10 in the morning, the whole of Israel stands still in a moment of silence. It is the anniversary of the liberation of Auschwitz-Birkenau, and as a siren wails for two minutes, people stop working,
stop shopping, stop teaching and learning, even stop their cars wherever they are, open their doors, and stand to honor the 6 million Jews who were murdered.
We not only mourn the lost lives, but the lost possibilities, future families, and culture that others tried to wipe off the earth. European Jewish culture has never fully recovered.

We are living in a world that remembers the Holocaust without remembering it. The media throws it around as a convenient comparison for political agendas.
A recent study conducted by Conference on Jewish Material Claims Against Germany showed that 22% of millennials haven’t heard of the Holocaust, or are not sure they have heard of it, and 49% cannot name a concentration camp or ghetto.

Most of my generation cannot even identity Auschwitz, where more than a million Jews were murdered. Furthermore, anti-Semitism has surged nearly 60% in the last few years.

It only takes one generation to forget, and it seems we may have arrived at that point. However, many have seen this coming. There is a lack of understanding, even from people we are close with.

Often, through no fault of their own, people are not taught to understand the scope of the events and consequences of the Holocaust. It is difficult to look closely at something so tragic.

Why? Maybe it is because it is such a difficult subject to learn about, but it is of the utmost importance we do so.

I spent a lot of time in high school reading Holocaust books. I felt compelled to understand and learn as much as I could about this part of my people’s history. It wasn’t until I took a course on Jewish history in college that I learned a whole slew of new information.

As important as reading is, it is even more important that we experience for ourselves. The pinnacle of my personal education was visiting Yad Vashem, the World Holocaust Center in Israel. The museum is a long triangular building set in concrete with a narrow center and has been built on top of a mountain with both ends hovering in the air.

The inside of the building is lit by a thin skylight that lets some natural light in but keeps the galleries on either side dim. This experience changed me forever, particularly The Hall of Names.

The room has dark walls that are covered by pictures of the Holocaust victims, and their images were reflected in the pool at the center of the room. The room holds every name of each victim. The narrowest part of the museum represents the worst part of the killing of Jews.

When you reach the end of the museum there is a full window wall that gives a breathtaking view of Jerusalem. It is difficult to put into words the varying emotions I felt during this visit, but I know it is one that I will never forget.

It is important in Judaism to learn our history and see what we have been through, but it also is important to see where we have come. I think all people, Jew or Gentile, should experience a Holocaust museum, or, if possible, visit a ghetto or concentration camp.

It is not enough to read—we must experience, because our emotions help us remember. My husband, who visited a Holocaust museum in New York, told me that he had a much better understanding of the events of the Holocaust and a completely different point of view after the experience of walking through the museum.

I say all of this partly because every time I get on social media, I am confronted with someone comparing something or someone else to the Holocaust and Hitler. While it’s important to understand that both were terrible things, we cannot throw this comparison around loosely.

This trivializes the people who suffered and the events and agendas that lead to the tragedy.

The younger generations do not understand the gravity of the situation because it is used without care and education, and when there is a lack of understanding about history’s tragedies, we are doomed to repeat them. Genocides have continued in many places around the world.

I had questioned myself many times why God would let something like that happen. However, it is the absence of God in people’s lives that allows things like this to happen. It is sin that allows these things to happen. Even after this tragedy, Jews and Jewish communities are flourishing. All you have to do is look at Israel.

We must work together as Jews and Gentiles, as God’s chosen people, to educate and remember.