In Defense: Was Jesus' Body Stolen? 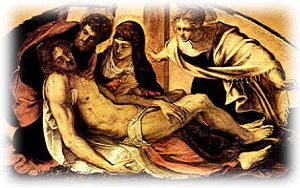 Could the disciples have lied about Jesus’ resurrection? 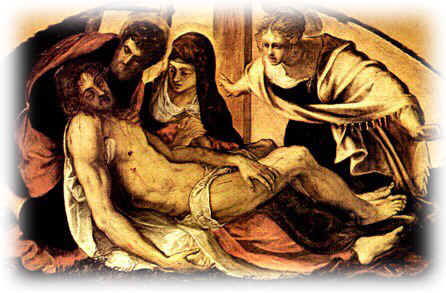 In attempting to minimize your faith, often people will quote from “the conspiracy.”
Aptly named, this theory states that the Disciples stole Jesus’ body to start a new religion.
There are plenty of arguments against this.

Listen to this quote from Blaise Pascal, a 17th century physicist.

“The apostles were either deceived or deceivers. Either supposition is difficult, for it is not possible to imagine that a man has risen from the dead. While Jesus was with them, he could sustain them; but afterwards, if he did not appear to them, who did make them act? The hypothesis that the Apostles were knaves is quite absurd. Follow it out to the end, and imagine these twelve men meeting after Jesus’ death and conspiring to say that he has risen from the dead. This means attacking all the powers that be. The human heart is singularly susceptible to fickleness, to change, to promises, to bribery. One of them had only to deny his story under these inducements, or still more because of possible imprisonment, tortures and death, and they would all have been lost. Follow that out.”

The “clincher” in this argument is the historical fact that no one, weak or strong, saint or sinner, Christian or heretic, ever confessed, freely or under pressure, bribe or even torture, that the whole story of the resurrection was a fake, a lie, a deliberate deception.
Even when people broke under torture, denied Christ, and worshiped Caesar, they never revealed that the resurrection was a conspiracy.
There is no data saying the first century Christians believed the resurrection was a conspiracy.
Since history shows no examples of anyone saying the resurrection was a fake, what motive would the Disciples have for trying to steal Jesus’ body?
There could be no possible motive for such a lie. Lies are always told for some selfish advantage. What advantage did the “conspirators” derive from their “lie”?
They were hated, scorned, persecuted, excommunicated, imprisoned, tortured, exiled, crucified, boiled alive, roasted, beheaded, disemboweled and fed to lions—hardly a catalog of perks!
If the resurrection was a lie, the Jews would have produced the corpse and nipped this feared superstition in the bud. All they had to do was go to the tomb and get it. The Roman soldiers and their leaders were on their side, not the Christians’.
And if the Jews couldn’t get the body because the disciples stole it, how did they steal it?
The arguments against the swoon theory hold here too: unarmed peasants could not have overpowered Roman soldiers or rolled away a great stone while they slept on duty.
If there had been a conspiracy, it would certainly have been unearthed by the disciples’ adversaries, who had both the interest and the power to expose any fraud.