Youth Missions: The Best and Worst of Times 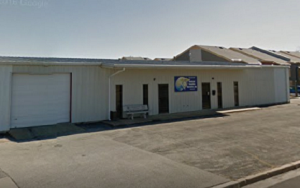 The Story of Our Youth Mission Trip

And So It Began

It wasn’t the most welcoming site, especially in that heat. A worn down warehouse somewhere in the sprawl of Tulsa. Pallets of shrink-wrapped boxes spilling out bandages, catheters, and medical gloves throughout the building. I strained to hear the manager of the charity, VJ, give
instructions over the death drone of the industrial fan above us and the beads of sweat diving to the floor. I scanned the faces of our group and saw the same look pasted across all of them.
It was the look all New Mexicans get when experiencing real humidity for the first time mixed with a fear that the boxes stacked upon boxes upon boxes would soon come tumbling down on us, leaving us drowning in a sea of medical supplies.
What started out as a chaotic summer – a cancellation followed by a crisis followed by an emergency followed by another cancellation – had ended with our youth group headed to Oklahoma. A last minute decision. A place where we had a few connections. But, I was hesitant.

The Plans of Man

What I had been praying and hoping for – a nice, maybe even relaxing trip, that would lead to some great bonding between the youth – seemed to be slipping out of reach. Oklahoma was not where I had planned for us to go…but it was where the Lord was taking us. No, it was not the trip that I had planned for us, but it would turn out to be exactly what God had in mind.
Nine youth and three adults stood side by sweaty side as VJ gave us directions on how to pack, label, and inventory the vast accumulation of boxes. In them, discarded but still useful, valuable and even sterile medical supplies were jammed – waiting to be sorted, inventoried and packed up to go to South Africa. From there, medical missionaries would haul them deep into the wilds of the Congo. The second shipment would go to Belize along with a load of donated dental supplies.

VJ explained to us how his Rotary Club had founded the mission 20 years before when another member (a medical doctor) had realized the need in other countries and the great waste in our own. Medical Supplies Network International (MSNI) was born then and dedicated to taking rejected and “expired” medical and dental supplies and equipment to those who need it most.
We say we understand how spoiled we are here in the U.S. We nod in understanding when we are told how even the worst conditions in our country stack up against 3rd world countries. That realization becomes starkly clear when staring at hundreds upon hundreds of boxes of valuable medical supplies that our hospitals are throwing away. It was hard not to cringe at the stories of doctors in those countries washing and reusing gloves and instruments that we throw away without thinking. At how clinics in those far off places would place three people to a medical bed. Or women requiring a C-section having no sutures to close the wound after delivery unless they bring their own. As VJ continued to talk about the importance of the mission, I noticed the students were no longer just bearing through the heat but were wide-eyed and engaged in everything he was saying.

The Plans of God

The stage was now set. We all finally understood the reason for us being here. Even if packing and stacking boxes in 100-degree heat plus high humidity was not the most glamorous job, everyone realized the weight of the task we were given. And there was not one complaint. When break time came around, no one rushed like mad to the nicely refrigerated break room. Instead came shouts of “Just let me finish this box,” and “Give me a few more minutes, so I can get this done.”
It was that kind of attitude that would lead to our group packing more boxes in our short time, roughly 10 hours, then any other group that had volunteered. I say that, not to pat our own back but to testify of the great work our Lord gave us. I had seen the youth work hard before. I had seen them sacrifice their time when there was the carrot of a great reward in front of them, but this was the first time I had seen them work this selflessly…and together. They understood, not only the importance of their work, not only the need they were helping to fulfill, but the position Christ had put them in. And they were humbled by it.

As for the rest of the trip, it went just as amazingly. We enjoyed a fun day at a water park in Tulsa, getting some much needed escape from the heat. The group was able to enjoy some glorious art at two incredible museums. There was even an old-fashioned gospel sing-along during our last night in Oklahoma. But on the way home, the one thing I kept hearing the group talk about was all those boxes, and how much fun it had been to pack and sort through all the different supplies. And I also heard the prayers that those boxes would end up exactly where they were needed.
For I know the plans I have for you”—this is the LORD’s declaration— “plans for your welfare, not for disaster, to give you a future and a hope. You will call to Me and come and pray to Me, and I will listen to you. You will seek Me and find Me when you search for Me with all your heart. Jeremiah 29:11-13
We know that all things work together for the good of those who love God: those who are called according to His purpose. Romans 8:28